When is a name more than just a name? 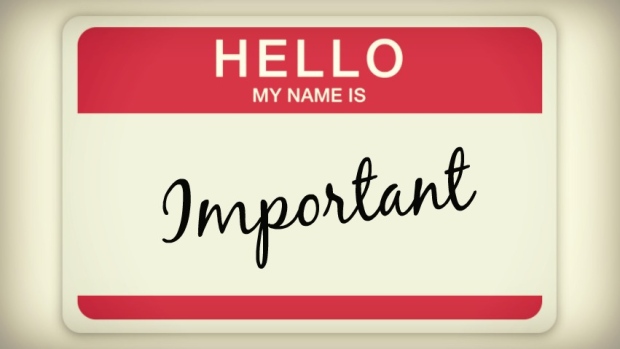 When is a name more than just a name?

That’s a question Karen Pennesi, Associate Professor in the Department of Anthropology is considering.

Pennesi’s interest is driven by an anthropological consideration of power relations, and how dominant power may be reinforced through naming practices. As a linguistic anthropologist, she is also interested in considering the power of names as words. Her research was recently featured in a segment on CBC Radio’s The Current.

Pennesi is viewing this from a personal and an institutional perspective, interviewing people in London and Montreal. She is working with immigrants and people with “ethnic or non-English names”, asking how they understand their identity and how their name reflects this. She has also conducted interviews with staff in institutional roles to consider how they manage and deal with “troublesome names”, or names that may not work into the systems that have been established.

“How we understand ourselves and understand others is based on names” said Pennesi, and names can be a marker of ethnicity, gender, religion and other things. “A name provides an identity, a sense of belonging, and a sense of how we relate to others.”

When someone meets you, they make assumptions based on your name, Pennesi explained, such as whether you speak a certain language. There has been research demonstrating that people are passed over for job interviews because of their names. From a practical standpoint, people with names considered ‘difficult’ may also experience frequent mispronunciations and misspellings, which can have official impact if names are misunderstood or recorded incorrectly on official documents.

While some people may decide to change their name, this can create its own difficulties, with institutions and with families.

“Your name isn’t just your name,” said Pennesi. “If you change your name, your family may wonder if you are denying them.”

From an official standpoint, while some institutions and organizations allow people to easily change their names or assume a new name, there can often be legal and technical challenges to changing names.

Pennesi said some people may decide to assume a new name, instead of going through the difficulty of officially changing their name. And some people may identify themselves with multiple names, depending on the situation and environment.

Pennesi suggests institutions and organizations take an approach inspired by Universal Design for Learning, making changes that are designed for diversity and variability, instead of enforcing standardization. In practice, this might mean institutions ensure forms and documents allow various name structures, Pennesi explained. In a classroom, instructors or professors can ask people to introduce themselves by their preferred name, instead of reading names from a list.

“We should treat the issue respectfully,” said Pennesi. “We don’t want to make it seem like it’s difficult to make these changes. We should just do it.”