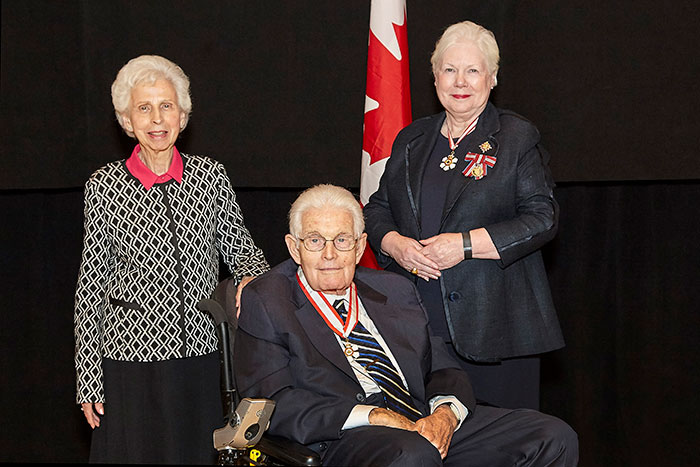 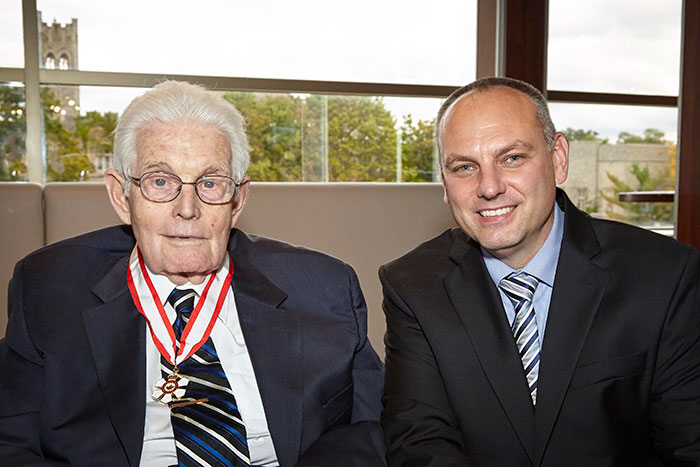 Ron Wonnacott, Officer of the Order of Canada and Bob Andersen, Dean of the Faculty of Social Science - Photo by Rachel Lincoln Photography

On Monday, October 3, Ron Wonnacott, Professor Emeritus in the Department of Economics at Western University, was invested as an Officer of the Order of Canada by the Lieutenant Governor of Ontario, the Honourable Elizabeth Dowdeswell.

Ron Wonnacott was just a professor in a small economics department, but his research would trigger a debate that would change the Canadian economy. Wonnacott is now renowned for his research on North American free trade.

Wonnacott’s academic career started at Western, where he was president of the University Student Council. He completed his undergraduate degree in 1955, and then earned his PhD at Harvard. In 1958, he returned to Western as a professor, beginning his teaching career when the Department of Economics was in its infancy.

When he started, he was one of only four faculty members in the department. Soon, the new Department Chair Grant Reuber “set about building a great department through his insight and ability.”

Wonnacott played a significant role in the Department’s development, serving as Chair of the Department for three years, and assisting in the recruitment of many faculty members.  While there was initial difficulty in hiring senior faculty, his successor Clark Leith hired three excellent economists from England: David Laidler, Michael Parkin, and John Whalley. The Department came to be known as one of the top 40 Economics departments in the world.

Working with his brothers Paul and Tom, Wonnacott prepared textbooks which have been widely used and translated into many languages. Both brothers were also Western grads. “The biggest intellectual debt I have is to my brothers,” said Wonnacott.

In 1965 his brother Paul joined him in his research into what would happen to the Canadian economy if there were no tariffs or other trade restrictions between Canada and the US: in other words, free trade.

The Wonnacotts concluded that, while Canada had done reasonably well economically since Confederation, it could have done better and could continue to do better in the future if it adopted free trade. Their joint research was published by Harvard University Press in 1967. Their conclusions were later supported by research by Rick Harris and other distinguished economists. However these views challenged the 100 years of John A. MacDonald’s National Policy of protection, and were in stark contrast to the prevailing opinions of Canadian business and public at the time.

But they started a debate.

During the next 20 years, Wonnacott was invited to explain his work to business groups and economists, and the tide began to turn.

In 1989, facing growing protectionism in the US, Canada and the US signed the Free Trade Agreement. While not acting in an official advisory role in the negotiations, Wonnacott provided information and advice to officials working on the agreement.

“The Free Trade Agreement was not only a success,” said Wonnacott, “but it was critical to Canada because it opened Canada to the world, which is increasingly one of trade agreements and the expansion of trade. MacDonald’s policy of protectionism would have left Canada much more isolated.”

Why the opposition now to trade agreements from some US politicians?

Wonnacott’s reply: “Trade is like technological change. Both provide benefits by increasing efficiency and lowering prices. While both eventually offer greater opportunity, and eventually new jobs, both in the short run displace some workers. This provides a platform for populist politicians. They blame trade agreements that are made by governments. On the other hand, technological change is a business decision, and it’s hard to object to that.”

To the question: do you think your work has helped to encourage a more positive attitude to trade in Canada?

His reply: “I hope so, at least in small part. But that is for others to judge.” 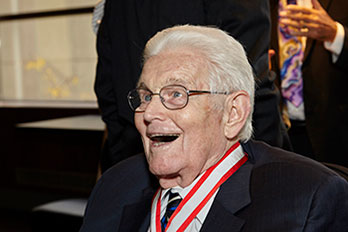 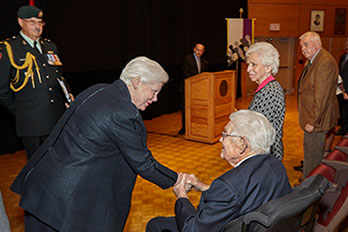