Economics alumnus named as Deputy Governor of the Bank of Canada 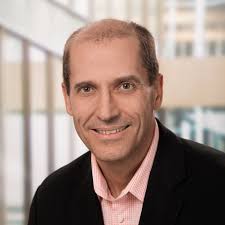 Western alumnus Toni Gravelle, BA’88, PhD’96 (Economics), has been named a Deputy Governor of the Bank of Canada, effective Oct. 1, the Board of Directors announced this week. Gravell fills the vacancy created by the retirement of Lynn Patterson, HBA’83, in July.

As Deputy Governor, Gravelle will join the Bank’s Governing Council, which sets the strategic direction of the bank as its policy-making body. He will share responsibility for overseeing the bank’s financial system activities with Deputy Governor Paul Beaudry.

“We are delighted to welcome Toni Gravelle to Governing Council. He is a versatile, thoughtful and experienced leader who is already well-known in Canada’s financial markets,” Poloz said. “His deep knowledge of markets, proven leadership skills and capacity for innovative thinking will make an invaluable contribution to our conduct of monetary policy and promotion of financial stability.”

Since May 2015, Gravelle has been Managing Director of the Bank’s Financial Markets Department, leading the execution of the bank’s financial market activities as they relate to monetary policy implementation and financial system liquidity and overseeing domestic debt and foreign reserve operations on behalf of the Government of Canada.

Since joining the bank in 1996, the North Bay, Ont., native has held various positions, including Deputy Managing Director of the Financial Stability Department. He was an economist at the International Monetary Fund from 2002-05 and was seconded to the Department of Finance Canada from 2013-15, where he was General Director, Financial Sector Policy Branch.